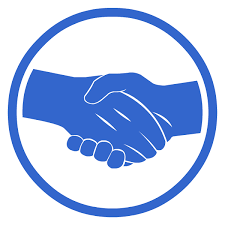 Every Friday you’d find me there. At the happy hour hosted by the U.S. Embassy in N’Djaména, the capital of Chad. I attended not only to watch the Seinfeld t.v. series (the one and only Chadian channel did not carry any American entertainment during its trice-a-week programming), eat some good ol’ American junk food and have a couple of ice cold Galas. Mostly I went to chitchat with my colleague diplomats, members of foreign missions, Peace Corp volunteers and a handful of Chadians who took part in the weekly bash. It’s not a  secret that managing meaningful face-to-face social connections with counterparts can work wonders and have a remarkable use for the field of ‘official’ diplomacy. At that time I worked for the United Nations (UN) and relevant information in that soon to be an oil producing war-thorn Chad was a must for the UN Mission in N’Djaména. It’s not my intention to divulge any sensitive information, so what is my point you ask? What I’m getting at is that diplomacy is often done quietly. Not by sharing policy insights with billions of people via Twitter. Nor is it a good idea to utter tongue-in-cheek comments in the media at the expense of other nations with which you maintain a close relationship even if you are struggling to muster enthusiasm as election day looms. Diplomacy takes time and is built on long-term relationships and trust. Diplomacy is almost boring and most of the time it is invisible.

Yet some politicians in Curaçao are somehow convinced that if we are not ‘at war’ with The Hague, something  must be altogether amiss with our politicians. During 2012-2016 the relationship within the Kingdom of The Netherlands compared with the disastrous two years after our constitutional change on 10-10-10, was warming up at both sides of the ocean. According to these warmongers good relations with The Hague means being weak and submissive. I guess in their line of thinking statements of the recent past such as ‘sending the Dutch back to Europe in body bags’ must be the vocabulary of choice of Willemstad, instead of the quiet diplomacy which took place during 2012-2016. But before saying more on that subject, let me make clear that some politicians in The Hague are also famous for their stupid and incendiary remarks by referring to Curaçao as a roque state, a tax haven and whatnot resulting in costly troubles for the Kingdom relations. Three years ago, in The Hague, I asked a far right member of parliament (MP) why he used offensive and provocative language taking away from what in some cases were valid statements when referring to our island and Kingdom relations. His answer was that according to him he had to provoke, rock the boat in order to get attention. Obviously this MP did not go to the same diplomatic school I attended. And yes, everyone in Curaçao always concentrates on his provocative language and not the content of his statements.

We must realize that ‘war language’ aggravates and escalates hostilities and further strengthens the hardliners both here and there. With politicians in Willemstad and The Hague riding a growing wave of populism, I believe the need is more stronger than ever to engage moderates, independents and free thinkers in what I referred to earlier as quiet diplomacy. The Curaçao House has an important role to play in order to pave the way for meaningful contacts with these people I mentioned. Not only the Curaçao House but also the Curaçao Diaspora in The Netherlands and former politicians should give a helping hand.  In addition the Dutch Representation in Curaçao should also do the same. Having been to many of its social gatherings, I can honestly say that in one glance you know where each and everyone of the invitees stands on various social and political issues. This could never be the objective of these turnouts, in my opinion at least. Why not engage local artists, free thinkers, school teachers, composers and even ordinary people? In conclusion, I really hope that our politicians do not fall in the trap of viscous back-and-forth bickering with the hard-liners in The Hague. Face-to-face contacts with a wide variety of people should be part of this quiet diplomacy to push ahead for better relations between the Kingdom partners.