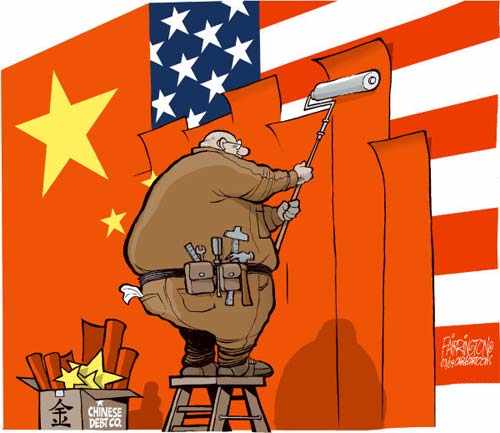 Guangdong Zhenrong Energy (GZE) is being presented by some politicians as a celestial answer to the economic standstill we’ve been confronting for some decades now. Actually it makes sense because it’s politically easier to bet on GZE than to tackle our structural deficiencies that cause this stagnation (rigid labor market and immigration policies among others). Digressing, we shouldn’t forget that GZE ultimately answers to the Chinese Communist Party (CCP) whose most important goal is ensuring its monopoly on power. For the last decades Beijing has enunciated a clear set of foreign policy goals to achieve it.

First, Chinese territorial integrity and unification. We have seen China successfully using its checkbook in Africa, Central America and the Caribbean to convince countries not to recognize the Republic of China (Taiwan). In 1970 a total of 71 countries recognized Taiwan. Today only 19 do. Second, creating world clout through its Development Model of providing loans without questioning human rights, corruption or money wasting programs in the receiving countries unlike the West and multilateral organizations. The Chinese model has proven attractive for governments desperate for money and short term successes without having to deal with badly needed structural adjustments.

This model comes with a price tag however. Too good to be true promises of local jobs often echoed by local politicians, are just that. Despite Beijing’s claim that China’s assistance is totally selfless, the reality is different. Chinese aid is tied aid meaning that an overwhelming majority of the money is spent on personnel, goods or services from China. The Mombassa-Nairobi railway in Kenya financed by China was built by Chinese companies and laborers. Lack of transparent bidding and corruption (two Chinese senior managers were arrested in Kenya on corruption charges) made this project twice as expensive as similar ones in Africa. Unfortunately, the Kenya case is not an exception. Similar instances are taking place in Jamaica, The Gambia, Laos and other Southeast Asian countries. Another danger is the sub-standard work delivered by these Chinese companies. The Luanda General Hospital (Angola) built by the Chinese had to be closed down due to poor work done, sending patients to tents. Closer to home, Trinidad had to demolish an apartment building due to faulty work. Too many Chinese buildings prove to be less sturdy than a house of cards.

China’s doings are not unique. I’m convinced that China has the same intentions as empires and world powers which is increasing its power and influence in the world. Let us, especially our policy makers not be naive but carefully assess the Chinese intentions. The question we have to answer is what price are we prepared to pay for GZE?

15 thoughts on “WHAT PRICE ARE WE PREPARED TO PAY?”