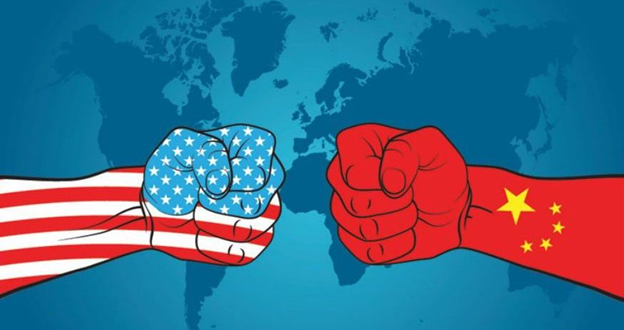 There’re never winners in a trade war. The only uncertainty in such a show of force is: ‘who’s going to suffer more?’ What started as a trade spat to protect U.S. washing machines and solar cells may now become a large scale trade war between the U.S. and China. The consequences of a global trade war could be devastating for the fragile economy of Curaçao. Before proceeding, some considerations.

Sparring between Washington and Beijing over tariffs, currency manipulation and breach of Intellectual Property (IP) is not new as president George W. Bush can attest when he tried steel tariffs in 2002. The current U.S. administration is however chartering new grounds by considering a full-blown trade war with China. Mr. Trump, if you take away his usual impulsiveness, is not unreasonable about his distress with China. The world trade rules know many shortcomings and multi-interpretable rules that stand in the way of a genuine level playing field but, by and large Trump’s tariffs are the wrong solution to a real problem.

Beijing is not an innocent bystander in this confrontation. Far from that. It has a long history of currency manipulation and flouting norms meant to guard against IP theft. In Beijing’s defense, countries like Singapore and Switzerland now outpace Chinese currency manipulation and China has made some solid improvements in stronger IP rules but, a lengthy road remains.

It’s obvious that this trade dispute has geopolitical undercurrent. Beijing has been enjoying rapid economic growth and will soon overtake the U.S. as the world’s largest economy. This growth has also come with more Chinese muscular foreign policy on the Korean Peninsula, along the old Silk Road in Asia, Africa and traditional U.S. strongholds like Southeast Asia and the Caribbean Basin. It’s unclear how trade penalties would vamp up U.S. global clout. A better solution might be global engagement rather than the current U.S. policy of isolation and constant quarreling with its allies.

Who will suffer more?

In a trade war prices will rise and people will lose their jobs in both the U.S. and China. Some people could benefit from tariffs, but they tend to be a very narrow segment of the population. Who will suffer more? China -in the beginning- but, in the long run the biggest loser will by far be the U.S.. Here’s why. China exports more products to the U.S. than the other way around. The U.S. has more Chinese imported products on which it can slap tariffs than is the case with China on U.S. imported goods. Mr. Trump, considering midterm elections later this year, may be in a rush to make good on his promise of America First and his decades-long trade beef with China. Prospects of short term gains against China are, I must admit, pretty good.

U.S. tariffs will hurt China, but Beijing may have some tricks up their sleeves. It could devaluate its currency making Chinese exports cheaper. It could also sell (part of) the 1.2 trillion USD it holds of U.S. debt. But China is in no rush to hit back. The recent power grab of Mr. Xi Jingping guarantees he will be president for life. The Chinese president is also no stranger to clamping down on civil freedoms and business regulations when he sees fit. This could come in handy if there were unrests in China because of U.S. imposed trade penalties. China’s ability to go this longterm also makes sense considering its strategic move from a manufacturer of cheaper goods to intelligent manufacturing as laid down in its policy ‘Made in China 2025’. At the end of the day China wants to become Asia’s undisputed regional leader as is evident in the South China Sea. So it’s not unconceivable that Beijing is willing to lose a battle in order to win the war.

How will Curaçao fare?

In practice, a trade war reduces disposal income in U.S. households meaning a real issue for vacationing in the Caribbean region and a slowdown in Curaçao tourism. The economic repercussions of a global trade war could be devastating for the fragile economy of Curaçao which has grown too dependent on tourism. Not only that, huge investments in this sector have not paid off since we haven’t seen any significant economic growth in decades. What makes us more vulnerable for shocks remains the fact that we have failed to build a resilient and a more diversified economy by modernizing economic structures, streamlining business regulations, investing in innovation, education and having a demographic policy that can respond to our aging population and the ever-changing global markets.

At the end, this current stand-off between Washington and Beijing may not turn into a full trade war. But this is not a guarantee it won’t happen, or that it won’t happen in the future. Hopefully we will be spared. I’m afraid however that in that case politicians will happily pass the buck and postpone taking any action to make structural changes. This could bode well for them at the next elections. As for our island, status quo will bode disaster when we consider the dizzying changes the international financial sector faces and alternative tourist destinations. We have a choice.