Some have argued that cooperation and globalization will make separatist and independence movements around the world a thing of the past. This was the favorite argument of those who opposed independence for Curaçao leading up to the referendum of 2005. Nothing could be further from the truth however. These movements want to create separate states not to not cooperate with others and denounce globalization, but to join globalization on what they deem more favorable terms.

Today there are more than 100 such movements trying to either achieve more autonomy or separate statehood (independence). From the more manifest campaigns for independence of Catalonia (from Spain), Scotland (from United Kingdom), Chechnya (from Russia) to the lesser known such as Acheh (from Indonesia), Karakalpakstan (from Uzbekistan) and República de Santa Cruz (from Bolivia), people are trying to better safeguard their national interests and achieve goals within their international relations milieu with constitutional changes.

On 17 October, 2019 an independence referendum will be held in Bougainville which is an autonomous region of Papua New Guinea. Bougainville is a group of islands with an area of 9,300 km2 and population of 250,000. It’s geographically much closer to the Salomon Islands than Papua New Guinea (PNG) with which it feels it has little or no connection. That ‘s why Bougainville wants to be independent. See map. Relevant is a lingering question about whether the PNG government will agree to independence –even if the majority of Bougainvilleans vote for it. During my visit in 2017 to PNG, I’ve have concluded that most central government people I spoke to in Port Moresby were against independence, but in favor of more autonomy for Bougainville. We’ll be watching. 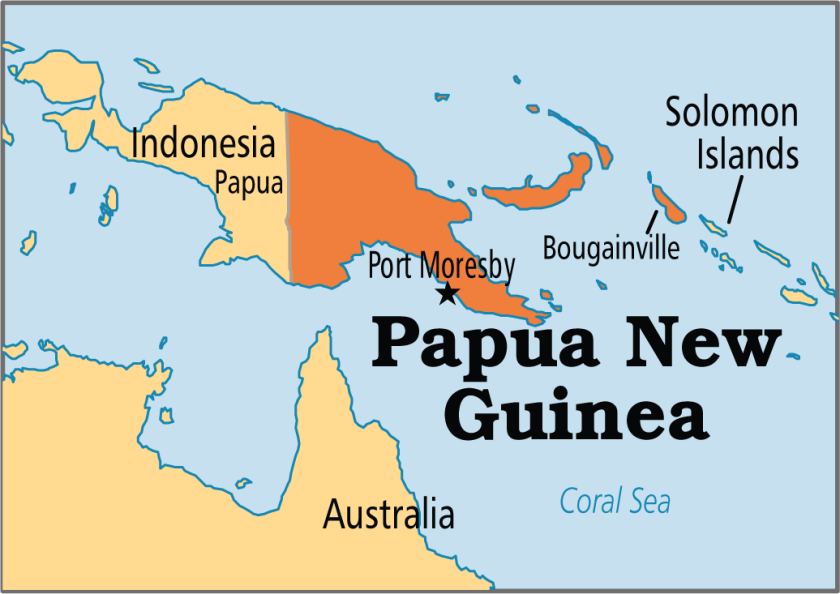 One thing’s certain: the world is in a constant state of flux. No one my age expected expected the Soviet Union to split in 15 and Yugoslavia in 7 republics. Yes, we live in an era of cooperation, but be prepared that there will be more new countries -not less- around that will come together to form strategic alliances.

One thought on “Bougainville, a new country in the making; Many more to follow”